When we compare different countries, we tend to focus on their economic success, as well as their firepower. Not today, though. Today, we will take a closer look at which countries rank that highest in terms of the state of health. Here are three countries with the healthiest people on the planet.

In spite of its busy lifestyle, professional subway pushers (don’t ask) and their conservative culture, the Japanese are some of the healthiest people on the planet. In fact, the average Japanese is expected to live around 83 years, and there are plenty of centenarians there. What is their secret?

Well, most of their health is attributed to their diet. Even the ready-meals are balanced in terms of nutrition, so even if you don’t have time to cook and eat, you don’t have to eat junk food. The Japanese diet consists of fish and vegetables, with very little meat. Apart from the diet, the lifestyle in Japan is fast-paced, but very well organized, making it easy for people and their bodies to follow a schedule.

The Japanese aren’t the only ones with a healthy diet. Pair that with a nice climate and a relaxed mentality, and you have a very pleasant place to live in Monaco. Though, to be fair, there are also a few other factors that contribute to Monaco’s overall health. 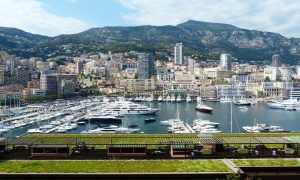 Due to the financial potential of the place, most of the vigorous residents of Monaco are rich, with their own chefs, fitness trainers, and other caretakers that wait on them hand and foot. The hospitals and clinics are also state-of-the-art, so they are able to react quickly to emergencies. You can live to be almost 90 on average.

While Greek life expectancy isn’t as high as the one that belongs to the previous countries on this list (81), the lifestyle more than makes up for it. They do not have the high demands of Japanese businesses, or the financial capabilities of Monaco (Greece has often been synonymous with debt), but they have something in common with both Japan and Monaco that allows its residents to enjoy their golden years to the fullest – the ocean. 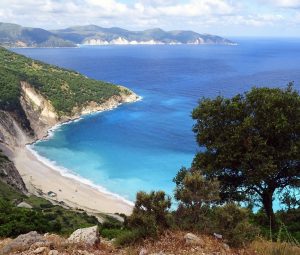 Here’s the thing – Greece relies heavily on tourism to survive. The reason they can get away with it is simple, they have beautiful beaches and a very warm climate. It is possible, though not particularly recommended, to take a dip in the ocean in December. With the olive oil and fish as part of their diet, the Greeks are the healthiest and the most relaxed bunch you will come across. So if you want the fountain of youth, but are low on funds, start learning Greek – it’s the next best thing.